Lululemon (NASDAQ:LULU) is a Canadian company that launched in 1998 and has taken North America by storm. And in this case, it’s a huge swath of American women, who have built the new althleisure movement. 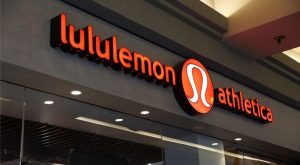 Traditionally, most athletic wear was usually built for function more than form. But that started to change in the 1980s. Whether it was hip-hop stars, Russian mobsters or stay at home moms, it seemed everyone was adopting warm-up suits as a form of leisurewear.

LULU took it to the next level. As the Gen Xers started to get older, their idea of an active lifestyle left the tennis court or aerobics class and was branching out into spinning and yoga. And these new activities called for a rethinking of athletic wear, something that you would be supportive in the gym but also attractive and comfortable outside it. And new fabric technology changed the baggy tracksuit into a form-fitting sheath.

LULU also began to make this new “athleisure” wear more feminine as well. And this was what really started to separate it from the mass market products around.

And that niche has belonged to LULU ever since. What’s more, because it was less available and higher quality, there was an inherent mystique about it that continues to this day. It’s like the Apple (NASDAQ:AAPL) of athleisure.

Nowhere is that more obvious than LULU stock. Its July 2007 debut had the stock in the low teens. It doubled by late 2010. Now the stock is trading around $174. In the past 12 months, LULU stock is up 77% and my Portfolio Grader still rates it an A — a strong buy.

What’s more, even with that kind of outsized growth, Lululemon stock is still trading at a trailing price-to-earnings ratio of 48. That’s pretty impressive. Usually a company with this kind of growth, market dominance and name recognition would be at a P/E far above its growth rate.

The Truth Behind LULU Stock’s Growth

One thing that has kept LULU stock and company on this growth trajectory is the fact that it only sells direct to consumer, either online or in its stores. This gives it generous margins, allows it to sell higher quality products and keeps its pricing where it needs to be to keep those margins strong.

Select stores sold a line of APL shoes since 2017, but now it seems that LULU is serious about selling its own branded shoes. It also expects to double revenue from its men’s line as well as boost its ecommerce sales, sooner rather than later.

As long as the economy continues to expand, LULU is in a great place. Many younger men and women are more interested in quality over quantity, so a couple of pairs of Lululemon products are preferable to a closet or drawer full of lower priced, lesser quality products.

And given its high-end branding, LULU is going to give the bigger players like Nike (NYSE:NKE) and Under Armour (NYSE:UAA, NYSE:UA) a run for their money.

Here’s Why Illinois Is Positioned To Become Next Gambling Oasis