Tilray (NASDAQ:TLRY) reported its latest quarterly earnings late in the afternoon, bringing in results that were mostly stronger than what analysts called for as the company’s revenue increased nearly three-fold year-over-year, while also topping expectations, playing a role in lifting TLRY shares more than 3% after hours Tuesday. 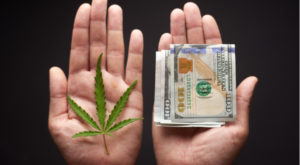 The Canada-based pharmaceutical and cannabis business announced that for its first quarter of its fiscal 2019, it brought in net losses of $30.3 million, or 32 cents per share, which was nearly six times as wide as its loss from the same period a year ago, which tallied up to $5.2 million, or 7 cents per share.

Analysts were calling for Tilray to bring in a loss of 25 cents per share, according to data compiled by FactSet in a survey. The company’s revenue came in at $23 million, which was nearly three times as large as its sales of $7.8 million from the same period in its fiscal 2018.

Wall Street said that it projected the marijuana seller would rake in revenue of $20.5 million for the three-month period, according to a survey of analysts conducted by FactSet. Tilray added that it sold $7.9 million worth of recreational marijuana during the period, as well as $7.8 million of medical cannabis, both to patients directly and in bulk. This amounted to the sale of more than 3,000 kilograms of cannabis.

For its second quarter of its fiscal 2019, analysts predict losses of 25 cents per share on sales of $42.2 million for the business.

TLRY stock soared roughly 3.8% after the bell on Tuesday following the company’s impressive quarterly earnings results, which included a loss that was wider than expected, as well as sales that topped analysts’ guidance. Shares had been increasing about 4.9% during regular trading hours in anticipation of the company’s results.