TLRY Stock: Tilray Stock Keeps Its Eyes on the Future


Tilray (NASDAQ:TLRY) stock, like other Canadian marijuana stocks, raised a lot of cash in 2018 and spawned a lot of hype. Now we will see if that cash can build a sustainable business. 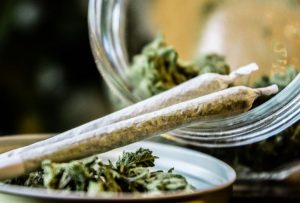 Tilray got a slight bump with its recent earnings announcement — a loss of $30.3 million, 32 cents fully diluted, on revenue of $23 million.

The loss was excused by revenue being up 195% from the previous year. Tilray was finally able to do what it came to the market to do — sell marijuana to willing adults. The company brought in nearly $7.9 million from pot sales, and nearly $5.6 million from edibles, as Canadians started enjoying the drug legally.

But this doesn’t make Tilray a great investment. We don’t yet know what Tilray can be.

The Hype Machine for TLRY Stock

Last year, when Tilray and other marijuana stocks were raising money and selling dreams of pot billions, I called it Bitcoin, in that its value had no relationship to reality.

The company went public last July with a first trade of $23.05. It was due to open May 29 at about $42.50. This means early investors have doubled their money, but those who bought the hype last fall, just like Bitcoin investors in late 2017, are out of the money.  The stock peaked at $300 but traded over $100 regularly until December.

None of this has any relation to market reality. Even if Tilray hits projections of $414 million in sales for all of 2020, you’re still paying 10 times book at its current market cap of $4.3 billion.

Tilray has also spent the last year supplying itself with sober executives from Goldman Sachs (NYSE:GS), Coca-Cola (NYSE:KO), Starbucks (NASDAQ:SBUX) and Diageo (NYSE:DEO). It also closed a partnership with Novartis (NYSE:NVS) that the Novartis CEO is tired of talking about.

The hype machine did its job, but the get-rich-quick crowd has already sold. If you’re going to make money in Tilray, it will be from real operations.

Tilray and the Pot Shortage

Canada, which began allowing some legal cannabis sales late in 2018, has about 37 million people. Compare that to California, which has nearly 40 million. That’s a lot of market to supply, and most suppliers have had difficulty. How long the shortage lasts is a subject for debate, with some saying it’s already ending.

In the short run, Tilray has been focused on supply, and because it had supply it nearly doubled revenue estimates for the first quarter. Now Tilray is looking past the short-term shortage  and seeking to play in as many aspects of legal marijuana as it can.

As our Vince Martin writes, Tilray is focusing on branded products — on oils and edibles, flavorings, additives and drugs. This will let it take advantage of a supply glut whenever that happens, and it’s already starting in some markets.

The fortunes of Tilray balance largely on its controlling shareholder, Privateer Holdings of Seattle (headed by Tilray CEO Brendan Kennedy), and its 78% stake. they have said they won’t sell any of the stock in the first half of the year.

It makes sense for those who got in with pennies on the dollar to get their investment back. But other investors are right to ask whether Privateer is in this for the long term.

I think they are. Tilray had over $500 million in cash on its books after a convertible debt offering late last year, enough to fund its strategy shift away from the Canadian smoking market.

If you believe in a long-term future for marijuana stocks, Tilray makes sense. Just wait until the stock overhang and the hype both clear before you seek an entry point.

Dana Blankenhorn is a financial and technology journalist. He is the author of the mystery thriller, The Reluctant Detective Finds Her Family, available now at the Amazon Kindle store. Write him at [email protected] or follow him on Twitter at @danablankenhorn. As of this writing he owned no shares in companies mentioned in this article.

Why the Outlook of Uber (UBER) Stock Is Positive