To Boost GOOGL Stock, Alphabet Must Get Out of Its Own Way

Alphabet (NASDAQ:GOOGL, NASDAQ:GOOG) continues to deal with the fallout following its April 29 earnings report. GOOGL stock has seen little movement since the big drop when the company beat on earnings but fell short of revenue estimates. 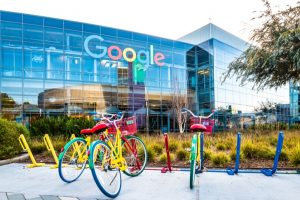 Increased competition in the ad space has deeply concerned GOOGL investors. However, the company holds many keys that could potentially unlock shareholder value. Until more of the company’s innovation profits holders of Alphabet stock, it will likely continue to suffer.

For the second time in less than a year, GOOGL stock has pulled back after almost reaching the $1,300-per-share level. This time, the pullback came as the company fell short of sales expectations.

Indeed, revenue, which was once a strong selling point, has become a concern. Despite its involvement in numerous businesses, 84.5% of the company’s first-quarter revenues still came from ads. This segment has attracted increased competition. As such, rivals like Facebook (NASDAQ:FB), Amazon (NASDAQ:AMZN), and even smaller ad platforms such as Twitter (NYSE:TWTR) and Snap (NYSE:SNAP) all saw faster revenue growth.

The company may have worsened the stock decline by choosing not to disclose revenue numbers specifically from its YouTube site. This seems strange, as YouTube has become one of the largest ad platforms available. As our own Jonathan Berr points out, companies rarely leave numbers out of reports when they contain good news.

However, I think both traders and Alphabet itself have overblown this concern. Given that every social-media site and tech ecosystem of significance has built an ad platform, loss of market share has become inevitable. Much like Apple (NASDAQ:AAPL) will have to reduce its dependence on the iPhone, GOOGL will have to rely less on ad revenue.

Fortunately, Alphabet has become involved in numerous business. On top of what Google itself offers, the ownership of Calico, Chronicle, Waymo and other varied subsidiaries make Alphabet a wellspring of innovation few can match. Some of these enterprises will likely serve as major revenue drivers in the future. However, that wellspring is also a big reason I do not like GOOGL stock at this stage.

For all the talk about declining ad revenues or competition from Facebook or Amazon, the most significant factor holding Google back has arguably become Alphabet itself. I pointed out in a previous article that its self-driving car division, Waymo, holds a valuation that could reach as high as $175 billion. This would account for about 21% of the current market capitalization on GOOGL stock.

As I have also pointed out many times, their refusal to introduce a dividend continues. The company’s $113.49 billion cash hoard makes payouts an affordable option. Not offering a payout leaves out the large group of investors who focus exclusively on dividends.

Despite my criticisms, I see GOOGL stock as a long-term winner. I think slower growth in ad revenues will force the company to unlock some of its shareholder value. Whether that comes through a spinoff, a dividend or organic growth, owners of Alphabet stock could benefit at any time from such moves.

The company recently announced that two long-time board members will leave its board of directors. Whether that will lead to any changes that will help GOOGL stock remains unclear. Still, until it reforms itself to unlock some of its value, it will struggle to break its recently-formed double top.

As most observers focus on ad revenue, GOOGL stock continues to suffer as the company continues to lock up much of its potential shareholder value. The stock fell by close to $100 per share following its quarterly announcement on April 29. Since then, it has seen little movement.

Alphabet faces a crossroads as the ad platform that has driven the majority of its revenues for most of its history continues to face more competition. Now, the company must turn to other sources.

Although its various subsidiaries have created offerings that could bolster revenue, they have done little to boost the value of GOOGL stock. Moreover, a continuing avoidance of dividends leaves out a major group of investors.

Alphabet has what it needs to compensate for the relative decline in its ad business. However, until the new board of directors moves to unlock shareholder value, I see little near-term upside in GOOGL stock.