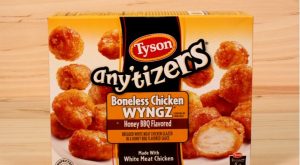 Tyson Foods (NYSE:TSN) says that it will be offering additional protein options to customers through a new brand. This new band goes by the name of “Raised & Rooted.”

Tyson Foods’ Raised and Rooted brand will be handling the selling of plant-based protein options, as well as blended food options. The company says that the name of the brand has to do with the types of foods that people are starting to consume.

According to the Tyson Foods news release about the new efforts, the company will be targeting several different avenues for releasing its products. This includes as part of its normal consumer offerings, as well as selling them to food-service customers.

“For us, this is about ‘and’ – not ‘or’,” Noel White, President and CEO of Tyson Foods, said in a statement. “We remain firmly committed to our growing traditional meat business and expect to be a market leader in alternative protein, which is experiencing double-digit growth and could someday be a billion-dollar business for our company.”

While this is all good news for TSN stock, it is also having an effect on Beyond Meat (NASDAQ:BYND) as well. Beyond Meat is a maker of plant-based foods that serve as alternative protein options. While it has other rivals in the area, none present near as much of a threat as Tyson Foods does.

TSN stock was up slightly and BYND stock was down a little earlier on Thursday, but has recovered as of noon.