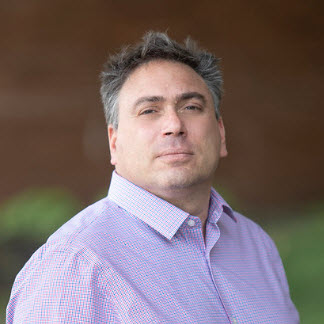 Eighteen months ago, Ascend Wellness Holdings didn’t exist, but already it is executing on an aggressive limited license market strategy. As a relatively new entrant to the cannabis space, the company is taking a different approach than many early mover MSOs. Founder and CEO Abner Kurtin spoke with New Cannabis Ventures about the company’s strategy to become a top player, the ramp-up of its operations and plans for a potential public listing.

Kurtin comes from the hedge fund space. A few years ago, he saw the major opportunity in the cannabis space created by capital deficiency and big players. He started a fund, which quickly focused on the vertically integrated MSO model. The fund was an investor in private rounds for companies like Grassroots, GTI, 4Front, NorCal Cannabis, and Urban Leaf, according to Kurtin. As the company built a large portfolio of MSOs, Kurtin saw the opportunity to start a company: Ascend Wellness.

Kurtin’s partner Frank Perullo was a consultant in the cannabis space before joining Ascend Wellness. He worked extensively in licensing in markets like Massachusetts, consulting for companies like iAnthus, GTI, and Tilt. Now, Perullo is the Chief Strategy Officer of Ascend Wellness.

Ascend Wellness also hired Andrea Cabral, who serves as the company’s CEO of Ascend Massachusetts. Cabral is a former elected Sheriff of Suffolk County and former Executive Secretary of Public Safety in the Commonwealth of Massachusetts. Her experience in law enforcement and history of elected status in Massachusetts helped the company land a license in downtown Boston.

When Kurtin looks at the cannabis space he sees two main groups of MSOs: one that has grown by winning licenses and the other than tries to plant a flag in as many states as possible to grow. Ascend Wellness is taking a deep rather than wide approach, meaning the company is purposely selecting limited license, recreational markets and working toward becoming a top-three or top-five player in all of its states. “We view ourselves as MSO 2.0.,” says Kurtin.

Many MSOs have had a first-mover disadvantage when it comes to retail, according to Kurtin. Difficulties zoning cannabis retail has led many of a state’s first dispensaries to open in industrial locations, far from traditional retail locations. Due to hesitancy from landlords, many cannabis companies have had to buy retail out of necessity.

In terms of building a team and branding strategy, Ascend Wellness is using the same strategies as many other MSOs, according to Kurtin. The company is looking to bring in top talent from traditional retail and CPG industries and focusing on building a strong digital and in-store customer experience.

Ascend Wellness’s footprint extends across Ohio, Massachusetts, Illinois, and Michigan. In Ohio, a new market for the company, Ascend Wellness has a cultivation facility and flower in the market.

In Massachusetts, the company has three stores in the greater Boston area and a cultivation facility of more than 150,000 square feet, including 80,000 square feet of canopy. As these operations open next year, Kurtin believes the company is well-positioned to be a top-three player in the state.

In Illinois, the company purchased an existing asset: dispensary chain HCI. Ascend Wellness also has a 75,000-square-foot cultivation facility in the state, which is just coming online. The company is also pursuing additional acquisitions in the state.

The company has 12 municipally approved dispensaries, either owned or about to close, in Michigan. The first of these will open in Morenci, Michigan next week. A total of four are slated to open by the end of the year, with the remainder opening by spring of next year.

Ascend Wellness’s area of focus is north of Florida and east of the Mississippi. This area has limited license states with some of the most difficult zoning laws – two areas Kurtin considers the company’s core competencies. Already, the company is focused on closing an acquisition in New Jersey.

Going forward, the company is employing a combination of organic growth and acquisition tactics to expand. Ascend Wellness has pursued additional locations in all of its current states and been successful, according to Kurtin. When it comes to acquisitions, the company is focused on piecing together a state-wide acquisition strategy by making a number of smaller transactions.

As Ascend Wellness ramps up its operations, its team is set to expand dramatically. Right now, the company has approximately 150 employees. Kurtin expects that number to be over 1,000 by the first of the year and over 2,000 by the end of next year.

The company’s downtown Boston location will serve as the flagship location for Ascend Wellness. The city’s restrictive barriers to entry mean it will only have 30 to 35 stores, according to Kurtin. The company’s five-story, 16,000-square-foot building is near one of Boston’s major commuter stations and near Faneuil Hall, a significant tourist destination.

The store will offer quick in-and-out access for commuters, but it will also offer an immersive experience similar to what Planet 13 offers in Las Vegas. Consumers will be able to shop and explore interactive floors inspired by attractions like the Museum of Ice Cream. For example, visitors will be able to take photos in an Alice in Wonderland-style bud exhibit and smell different types of terpenes to discover their personal preferences. Kurtin envisions the store as a beacon for east coast cannabis and the industry as a whole.

Ascend Wellness’s family of brands includes Tune, Prisma, and Ozone. Tune, inspired by music and how it makes you feel, is designed to resonate with the newer adult-use consumer. Prisma draws on the popularity of the fruit-flavored vape category of the market, while Ozone is inspired by the wine industry. This brand will delve into the lineage of different strains and cater to the more sophisticated consumer.

In addition to its own brands, the company is also partnering with west coast brands like 1906, which creates effect-specific edibles. Ascend Wellness is in advanced discussions with other west coast brands, according to Kurtin.

Earlier this year, Ascend Wellness raised $55 million, and the company has just closed a $30 million funding round. The latest round was done in anticipation of a liquidity event and potential public listing next year, according to Kurtin.

As the company’s assets come online and sales ramp up, particularly at the downtown Boston stores, Kurtin sees the company having a leading position and the visibility to approach the public markets in spring of next year. He is also aware of the consolidation trend in the industry. The company is not committed to going public solo. Rather, it will look for the best opportunity to generate liquidity and value for investors, according to Kurtin.

The company is currently producing a run rate of 12,000 pounds of cannabis per year and has a handful of stores open, but it will be ramping up to 75,000 pounds of annual production and 25 stores open by the end of 2020. With that growth in mind, Ascend Wellness is projecting approximately $325 million in sales in 2020 and $450 million in 2021, according to Kurtin.

To learn more, visit the Ascend Wellness website. Listen to the entire interview:

Carrie Pallardy, a Chicago-based writer and editor, began her career covering the healthcare industry and now writes, edits and interviews subject matter experts across multiple industries. As a published writer, Carrie continues to tell compelling, undiscovered stories to her network of readers. For more information contact us.