United Airlines (NASDAQ:UAL) is on the up and up as recent earnings results proved to be impressive, playing a role in lifting UAL stock after hours. 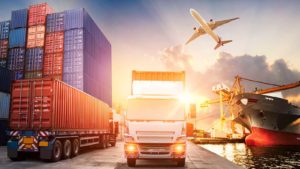 The Chicago-based airline had good news to share as it unveiled income of $1.1 billion, or $4.02 per share, during the three-month period known as its second quarter. The quarter — which ended June 30 — was highlighted by an adjusted earnings total of $4.21 per share, besting the $4.09 per share that analysts predicted.

United’s revenue gained about 6% when compared to the year-ago quarter, tallying up to $11.4 billion, better than the $11.36 billion that Wall Street called for. This surge was connected with higher demand for seats in every region the business operates in during the busy holiday period.

The airline also increased its profit forecast to $10.50 to $12 per share for its fiscal year. The figure was previously predicted in the range of $10 to $12 per share. United also experienced quarterly adjusted pre-tax margins that arrived at 12.4%, while its unit costs decreased.

Passenger unit revenue, which is an efficiency metric that covers sales across an airline’s total flight capacity, popped 2.5%.

UAL stock is up about 0.5% after the bell following these results for the business. Investor sentiment was positive ahead of the company’s results as well, evidenced by a 2.9% pop during regular trading hours for United.

7 Strong Buy Stocks That Tick All the Boxes