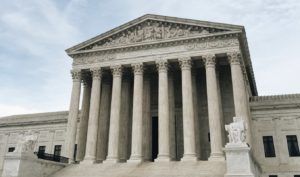 Marijuana businesses hoping to see the end of onerous 280E tax provisions were dealt a setback by the nation’s highest court.

The U.S. Supreme Court declined to review a petition brought by a Colorado medical cannabis dispensary challenging the authority of the Internal Revenue Service.

Alpenglow Botanicals, based in Breckenridge, argued in its petition to the high court that Section 280E of the federal tax code doesn’t empower the IRS to investigate and rule that a marijuana business has violated federal criminal drug laws.

The federal government responded that 280E specifies that no tax deduction or credit should be allowed for any expense paid or incurred in carrying out a business that “consists of trafficking in controlled substances.”

Marijuana is listed as a Schedule 1 drug under the Controlled Substances Act.

Both the U.S. District Court in Colorado and the 10th Circuit Court of Appeals in Denver had affirmed the IRS ruling.

Alpenglow had claimed a variety of business deductions that the IRS determined were prohibited by 280E.

The denial of the deductions resulted in Alpenglow owners Charles and Justin Williams owing a total of $53,094 to the IRS, according to court documents.

After the bill was paid, Alpenglow filed refund claims and started on the road of challenging in court the application of 280E.

Canada snapshot: Projects to watch in BC, Yukon and NWT