Warren Buffett donation plans for 2019 will have the investor donating $3.6 billion to five different foundations. 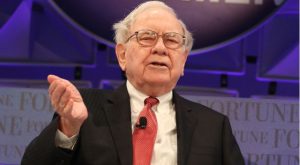 The Warren Buffett donation will have him sending the majority of the $3.6 billion over to the Gates Foundation. This is a charity organization that is run by Microsoft (NASDAQ:MSFT) founder Bill Gates and his wife Melinda Gates.

This is far from the first time that a massive Warren Buffet donation has been made. He did the same back in 2018 when he donated $3.4 billion to charities. Just like with this year, the Berkshire Hathaway (NYSE:BRK.A,NYSE:BRK.B) CEO donated that money between the same five charities in 2018.

The Warren Buffett donation comes in the form of Class B shares of Berkshire Hathaway stock. Buffet will be obtaining these shares by converting his Class A Shares of stock into Class B shares. This is the same way the donations were taken care of in 2018, CNNBusiness notes.