WD-40 Company (NASDAQ:WDFC) reported its latest quarterly earnings results after hours on Tuesday, amassing a profit and a revenue total that surpassed what analysts were predicting for the company during the three-month period, which ultimately proved to be essential in increasing the company’s stock a significant amount late in the day. 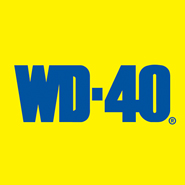 The San Diego, Calif.-based manufacturer of household products said that for its third quarter of its fiscal 2019, it brought in a profit of $18.1 million, which tallied up to roughly $1.30 on a per-share basis. This figure was stronger than the Wall Street consensus estimate of $1.22 per share, while also handily topping its net income from the year-ago quarter of $1.15 per share by more than 13%.

On the revenue front, WD-40 Company tallied in sales of $114 million, which was better than the $107 million that it raked in during the same period a year ago, while also proving to be 4.20% higher than the Wall Street guidance, according to data from Zacks Investment Research.

WDFC stock was moving backwards during regular trading hours, falling 0.3% as the company readied itself to report its results for the latest quarter. A strong performance on the two key metrics of revenue and sales that surpassed Wall Street’s expectations played a role in lifting shares roughly 4.1% after the bell on Tuesday for WD-40 Company.