Activision Blizzard (NASDAQ:ATVI) has continued to slump recently. Activision stock sold off on Friday after issuing disappointing guidance. ATVI has also become caught in the overall market selloff, as its slump continued on Monday and Tuesday. 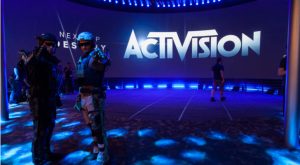 ATVI stock reached  highs of just under $53 per share in November. Since then, it has remained range-bound, staying above its $40 per share price floor Without a catalyst, stocks can stay in ranges for months or years. Since Activision stock appears to lack any near-term catalysts, I don’t expect ATVI stock to move much in the near-term.

In its Q1 report, Activision beat on both revenue and earnings, although its top and bottom lines both fell YoY. However, what led investors to sell off Activision stock was its Q2 guidance. The company predicted earnings of 23 cents per share of ATVI stock and net bookings of $1.15 billion. Analysts’ consensus estimate was EPS of 37 cents and sales of $1.27 billion.

Interestingly, Activision stock and video-game stocks (except for Electronic Arts (NASDAQ:EA))march to their own beat. While the stock market has rallied in 2019, Activision stock still trades near the levels at which it sat on Dec. 24.

Take-Two Interactive (NASDAQ:TTWO) followed more or less the same pattern. Companies that are primarily in the mobile gaming space, such as Zynga (NASDAQ:ZNGA) and Glu Mobile (NASDAQ:GLUU), have also followed their own trend.

However, in the last six months, Activision stock has twice fallen back after moving into the low $50s per share range. Analysts’ average price target of $52.50 per share is in that range. Conversely, since hitting a 52-week low of around $40 per share, it has moved higher by more than 15%.

Another InvestorPlace columnist,Nicolas Chahine, believes that the $40 floor can hold. I think that will be accurate if  ATVI doesn’t lower its profit guidance.

Where Will Activision Stock Go?

However, the overall market could meaningfully hurt Activision stock. The S&P 500 has again begun to move downward after achieving new record highs. This time, there are early signs that Activision stock  will follow the trend.

If the S&P enters a bear market,Activision stock may be in trouble. In the early part of the decade, the PE ratio of Activision stock stayed in the teens. The P/E multiple averaged just 10.5 in 2012. If this pattern repeats, ATVI will break through the $40 per share floor. For now, I do not think the stock will fall that low.

My more significant concern is the lack of a positive catalyst. As InvestorPlace columnist Chris Lau pointed out, only two ATVI games were among the top ten most popular games  in March. Also, the rise in the popularity of so-called “freemium” games bodes poorly for Activision stock.  Until the company fins a way to generate renewed interest in its games, I see little reason to recommend ATVI stock.

The Bottom Line on Activision Stock

Activision stock lacks meaningful positive and negative catalysts Weak guidance led investors to sell ATVI, even though its earnings and revenue beat the consensus. outlooks. For this reason, it continues to trade in the $40-$53 per share range established in recent months.

Activision stock has little more to bolster it than higher earnings estimates. However, with only two best-sellers and gaming trends moving away from ATVI’s business model, estimates may drop.

As the overall market falls, ATVI stock has so far followed the trend. As the stock’s  multiples in the early part of the decade showed, ATVI  could decline further if the S&P 500 reaches correction or bear market levels.

However, for now, there’s  little reason to expect significant gains or a substantial decline by ATVI. Until that situation changes, I expect Activision stock to remain in its current range.