Why Alibaba (BABA) Stock Looks Like a Mixed Bag


Alibaba (NYSE:BABA) continues to maintain double-digit-percentage growth, which is certainly positive for Alibaba stock. Despite trade-related concerns, Alibaba is advancing in several different sectors as its founder, Jack Ma, who is now the company’s executive chairman, prepares to retire in September. 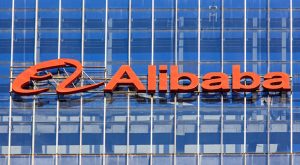 Alibaba stock currently has both positive and negative catalysts. Although valuation could make buying at least a small position in BABA stock worthwhile, investors should keep their expectations of BABA in check.

Alibaba Is a Cheap Source of Growth

Like peers such as Amazon (NASDAQ:AMZN) and JD.com (NASDAQ:JD), Alibaba has moved headlong into the digital-ad business. It also competes with Baidu (NASDAQ:BIDU) on smart speakers, though it may need to play catch-up in the latter area, as it has fallen behind BIDU in smart speakers. BABA also has a cloud business and has developed a chip for self-driving cars.

Additionally, Alibaba has focused on expanding outside of China. Recent reports revealed that the company plans to invest $100 million in a joint venture in Russia. Moreover, with the $10 billion IPO of BABA slated to occur in Hong Kong, the company will have enough cash to fund its ventures generously.

Despite my criticism of BABA stock in the past, I currently see a lot to like about Alibaba stock. Wall Street analysts, on average, expect the company’s profit to rise 21.9% during the current fiscal year and 29.3% next fiscal year. Given that level of growth and Alibaba stock’s forward price–earnings (PE) ratio of just 19.4, I believe buying BABA stock is worthwhile.

The Nature of Alibaba Stock Stymies Its Growth

Since such holding companies’ stock doesn’t provide investors with direct ownership of companies, it tends to trade at a discount. But I do not expect BABA to violate its agreement with the holding company.

However, I think this arrangement places some level of doubt in the minds of investors. I believe these doubts prevent Alibaba stock from attaining  the triple-digit PE ratios that Twilio (NYSE:TWLO) and Netflix (NASDAQ:NFLX) have reached in the recent past. Nonetheless, Alibaba stock has risen about 150% since its IPO over five years ago. That amounts to a compound annual growth rate of about 20%, which is higher than the CAGR of the  S&P 500.

Moreover, although BABA does little business with  the U.S.,Alibaba stock has traded in a range since the trade war began in early 2018. I don’t expect BABA to return to its sub-$130 lows of last December.  I do not, however, think it will remain above $200 per share for a long period of time unless the trade war ends. As a result, investors must moderate their expectations of Alibaba stock.

BABA’s founder, former CEO, and current executive Chairman Jack Ma will soon leave the company and hand the reins completely to his hand-picked successor and current CEO, Daniel Zhang. Only time will tell how successful Zhang will be. However, due to the conglomerate status of Alibaba, Zhang’s job will be difficult. But I do not expect BABA to do as badly under Zhang as GE (NYSE:GE) did under  Jeff Immelt, who succeeded the great CEO Jack Welch.

Alibaba stock will likely generate strong returns, but it has risks that aren’t discussed enough. While the shares trade at bargain levels, the fact that buying BABA stock does not give investors shares of Alibaba could keep a lid on BABA stock price. Moreover, the company’s leadership transition poses risks, and Alibaba’s conglomerate status adds considerably to the uncertainty.

But for those who want to speculate and can tolerate risk, Alibaba stock might be worthwhile. However, the ultimate success of BABA stock will likely depend on politics and personalities more than numbers.