AT&T (NYSE:T) stock has struggled over the past several years as the telecommunications giant has been weighed down by a plethora of headwinds, including cord-cutting, wireless price competition, stagnating streaming growth, and a rising debt load. 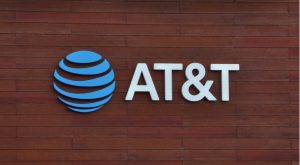 But T stock scored a huge win recently. The proposed merger between wireless peers T-Mobile (NASDAQ:TMUS) and Sprint (NYSE:S) looks like it will receive regulatory approval after FCC Chairman Ajit Pai told Bloomberg that, in light of their recent concessions, he is going to recommend that his colleagues approve the merger.

As a result, the margins and stability  of AT&T’s core wireless business will improve. That’s a big deal for T stock because the company’s mobility business generated about 40% of its revenues last year. As the revenue and margin trends of that huge business rebound over the next several quarters, T stock should rally from today’s depressed base.

AT&T has always been a really large company with a lot of moving parts. After its recent acquisition of Time Warner, its business got even bigger, with even more moving parts. Among the company’s businesses are wireline. entertainment. HBO, the Turner stations., Warner Bros studio and its international assets.

The mobility business has done just fine over the past several years, adding several thousand wireless subscribers each year and gradually expanding its EBITDA margins from the mid-30’s earlier this decade to the lower-40’s last year.

But this business has been held back by stiff competition. Specifically, the price discounts of T-Mobile and Sprint have become tremendously aggressive over the past few years, inevitably creating somewhat of a drag on AT&T’s subscriber growth and margins. That’s because some of AT&T’s customers are fleeing to Sprint and T-Mobile, while AT&T has tried to stymie that trend by cutting its prices.

That era is officially over. T-Mobile and Sprint will likely become one combined company in the near future, meaning that there will be one less overly aggressive price cutter  in the market. Thus, going forward, AT&T’s mobility trends should improve. In other words, the business’ EBITDA margins should move materially higher, driven by  less steep discounting.

As those margins improve, AT&T stock price should rally.

AT&T Stock Is Too Cheap to Ignore

In a nutshell, T stock is simply too cheap to ignore, and any and all operational improvements at these valuation levels should spark a sizable rally in AT&T stock price.

Here are the valuation metrics of AT&T stock:

AT&T stock price is dirt cheap, with a single-digit forward earnings multiple, a 6% yield, and a cash flow yield above 20%. This stock is too cheap to ignore any operational improvements, especially any improvements by the all important mobility business. Thus, if AT&T’s mobility business materially improves over the next few quarters, T stock should subsequently rise.

The Bottom Line on T Stock

The fundamentals underlying AT&T have been challenged by non-cyclical headwinds for the past several years, and as a result, T stock now trades at dirt-cheap valuation levels. Indeed, AT&T stock price is so cheap that any and all operational improvements  by AT&T should spark a meaningful rally by T stock.

Over the next few quarters and years, AT&T’s most important business – its mobility unit – could substantially improve. As it does, T stock should rise. The increases of AT&T stock price, on top of a 6%-plus yield, should make  the returns of T stock attractive over the course of the next few quarters.

As of this writing, Luke Lango was long T, TMUS, and S.