Marijuana stocks, even the marquee players trading on major U.S. exchanges, often move in fits and starts. Aurora Cannabis (NYSE:ACB) is the epitome of a marijuana stock that both tantalizes and vexes investors. 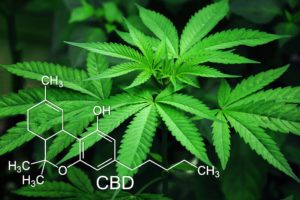 Undoubtedly, a year-to-date gain of nearly 55% is impressive, but looking below the surface, investors will also find that ACB stock resides nearly 40% below its 52-week high. For investors who are just wading into marijuana stocks, Aurora or otherwise, it pays to remember what you’re embracing: Growth companies that are, in many cases, not yet profitable.

Speaking of profits, seemingly the holy grail of the cannabis space, there is some potentially good news on that front for ACB stock. Cowen analyst Vivien Azer, one of THE names among sell-side marijuana stock analysts, recently said Aurora could be one of the first legal weed companies to become profitable. In a note out late last month, Azer called ACB stock her top pick in the marijuana space.

“She wrote that while other firms struggle with larger losses, Aurora could reach positive earnings before interest, taxes, depreciation, and amortization, or Ebitda, this quarter,” according to Barron’s.

Azer explained why she thinks Aurora Cannabis stock should command a premium over its rivals, citing what she sees as “its near term path to profitability in conjunction with strong early-stage execution within the nascent Canadian cannabis adult use markets.”

Of course, ACB stock needs catalysts to attain profitability, and one of those catalysts may just be the burgeoning edibles market. Recent data points confirm this is a potentially lucrative segment for cannabis operators.

Importantly, edibles are legal in many of the U.S. states where recreational marijuana is also legal, giving companies like Aurora an avenue to gaining coveted U.S. market share.

“The potential for cannabis edibles is on the rise, as new states are looking to join the likes of  California, Colorado, Nevada, and Washington in producing new cannabis-infused food products,” notes Arcview. “Already, Michigan is bracing for a flood of marijuana-infused edibles, while medically-legal Florida is also moving closer to edibles sales.”

California and Florida are two of the three largest U.S. states, underscoring the vast edibles potential for Aurora  stock investors.

The Bottom Line on ACB Stock

As is the case with many marijuana stocks, there are split views on Aurora  stock, with the prevailing wisdom on it seeming to be “plenty of potential, but not necessarily a near-term buy.” However, there is risk in adopting that view. Waiting for catalysts to arrive without owning ACB stock means potentially missing out on rewarding price action.

Remember, there is more to the Aurora Cannabis stock story than just edibles. As some of its rivals have done, Aurora could partner with a major liquor or tobacco company. That is an obvious potential positive catalyst for Aurora stock.

Additionally, Aurora has made public its intent to move into the growing U.S. cannabidiol (CBD) market. Proper execution of that effort would likely  boost ACB stock.  As a result, at its current levels, tactical investors may want to consider obtaining at least a small position in Aurora stock.

As of this writing, Todd Shriber does not own any of the aforementioned securities.