Why Buy Apple Stock When Alphabet Is So Much More Attractive?


Apple (NASDAQ: AAPL) and Alphabet (NASDAQ: GOOG) (NASDAQ: GOOGL) are two of the four largest U.S. companies by market cap. Apple stock has taken a much larger hit than GOOGL stock during the May trade-war sell-off. However, long-term investors looking to buy the Apple dip should consider taking a close look at GOOGL stock first. 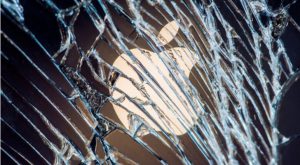 Finally, Apple stock has one of the most pristine balance sheets on Wall Street. In addition to its cash pile of $225 billion, the company is committed to putting the cash to use. AAPL stock pays a 1.6% dividend.

The company just authorized an additional $75 billion in buybacks. Management has also said it is committed to becoming “net cash neutral” over time. At the same time, GOOGL stock has no dividend and has only $12.5 committed to repurchases under its current buyback program.

Apple Is Shrinking, Alphabet Is Growing

While Apple seems like a better value based on today’s numbers, investing is about the future. In the most recent quarter, Apple’s revenue was down 4.5% and net income was down 0.5% compared to a year ago. Alphabet, meanwhile, reported 17% revenue growth in the first quarter. Excluding a one-time fine by the European Commission, operating income was up 26% to $8.31 billion.

Google stock was punished following its Q1 report because revenue growth was its slowest in three years, and its expenses continue to rise. Investors certainly shouldn’t ignore those potential issues, as well as the possibility for additional regulation. But they should also not miss the forest for the trees.

Apple bulls say the company will overcome an increasingly saturated smartphone market and return to growth in time. The plan is to shrink the iPhone refresh period and improving monetization of its existing customers. However, Google is already growing at a double-digit pace. More importantly, it does not derive the majority of its revenue from selling devices in a saturated market.

“My money – unlike my investing hero, Warren Buffett – is on Alphabet significantly outperforming Apple in the long run because it has a better business model, is growing much faster, and is likely to continue doing so,” Tilson says.

Tech investors should consider why they like tech in the first place before buying the May dip. Apple is a great company. Apple is a safe, solid long-term investment. But tech investors aren’t typically looking for a blue chip company with a nice dividend yield and relatively stable earnings. That’s why investors don’t typically lump Microsoft in with discussions of the FANG stocks.

“To be clear, both are insanely great companies and I think Apple’s stock will also do well going forward – just not as well as Alphabet’s,” Tilson says.

The Alphabet stock price will continue to benefit from several long-term secular trends. The digital transformation of the advertising and retail businesses are the biggest. The company also has several “wild card” growth projects under its wing, including its Google Cloud and Waymo autonomous vehicle technology subsidiaries.

As of this writing, Wayne Duggan did not hold a position in any of the aforementioned securities.