Why Disney (DIS) Stock Could Remain Rangebound for Some Time

Now that investors have learned the specifics of its new streaming service, Disney (NYSE:DIS) stock has appeared unstoppable. Since falling to around $100 per share last December, the Disney stock price has risen by more than 40%. 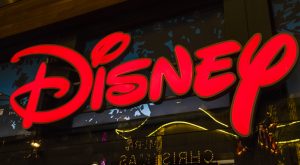 Still, despite renewed optimism about Disney+, the company remains stagnant financially. As soon as investors discover streaming has not translated into massive profit growth, Disney stock could return to its range-bound ways.

Disney+ Took Disney Stock Out of Its Range

Back in April, when Disney stock traded in the $115 per share range, I predicted that DIS would propel its shares higher by getting revenge. I meant that the company would respond to Netflix (NASDAQ:NFLX), undermining its cable TV business by taking subscribers from NFLX.

Soon after, Disney stock price shot higher after the company revealed the specifics of its new streaming service, Disney+. Disney stock has moved steadily higher since then, and now the Disney stock price has surpassed $140 per share. Many expect Disney+ will hold up well not only against Netflix, but also against whatever offering Comcast (NASDAQ:CMCSA) or AT&T’s (NYSE:T) WarnerMedia launch.

However, now Disney’s situation reminds me of the plight of a character from a film for which the company now owns most of the rights, The Princess Bride. Like the character, Inigo Montoya, DIS has been in the “revenge business” so long, it may not know what to do next.

Disney’s Parks, Experiences, and Products division delivers consistent, double-digit profit growth. Blockbuster films such as Avengers: Endgame and last year’s Black Panther continue to drive both headlines and massive profits. However, despite these successes, Disney stock appears to trade based on the performance of its channels. Losing some of the subscriber base of the Disney Channel and ESPN left DIS stock stuck in a range until recently. Now optimism about Disney+ has taken DIS out of this range.

Still, for all of the accolades about Disney’s streaming services, they do not fully make up for the revenue it lost from cable cutting. Disney’s ESPN Networks received about $9 for every cable and satellite subscriber. ESPN+, the company’s sports streaming station, costs only $4.99 per month. The company faces a similar challenge with Disney+, for which it charges only $6.99 per month.

The disparity has now started to affect Disney’s profit growth. Analysts, on average, predict that its profits will fall by 7.2% this year and 1.4% the next. Over the next five years, they think the company’s  average annual earnings will increase by only 1.8%. That makes the  forward price-earnings ratio of  Disney stock which is just under 22, seem high.

Disney Stock Is a Hold

That does not mean that Disney stock has become a sell for long-term holders of DIS stock. Disney’s iconic brands, theme parks, and media library have bolstered Disney stock for decades. I believe that will continue to be the case for decades to come. The 1.25% dividend yield of DIS stock may not attract multitudes of investors. Still, its payouts have increased in most years, and they could become a significant incentive for those who have held DIS for years.

However, longer-term holders of Disney stock must still contend with the company’s stagnation. Between early 2015 and April 2019, Disney stock became stuck in a range. Once investors realize that the company’s profit growth will remain stagnant, I think the stock will again become rangebound.

The Bottom Line on DIS Stock

The near-term future of Disney  could resemble the rangebound ways of its recent past. DIS stock has spiked higher in recent weeks amid optimism surrounding Disney+. Unfortunately, the positive sentiment could stop in its tracks once traders notice one important statistic: profit growth. ESPN+ and Disney+ will not fully offset the company’s losses from cable cutting. Consequently, Wall Street analysts  predicted that Disney’s profits would decline both this year and next.

Both the theme parks and the company’s iconic brands will keep Disney stock stable. However, until the company can find a way to achieve higher profit growth, DIS stock will not bring investors a significant amount of magic.