Why Ford (F) Stock Is Undervalued at Current Levels 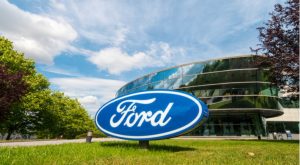 The ongoing trade conflict between the U.S. and China is heightening uncertainties for the automotive market. Any punitive tariffs levied by the U.S. against China will set back Ford’s turnaround.

Moreover, Ford’s unnecessary spending has dragged down Ford’s profits and Ford stock price today. To raise F stock, Ford must cut its costs around the world. Though Ford’s near-term results will lag as it restructures, value investors should keep an eye on F stock.

F is restructuring its business at its Bridgend engine plant because of its excess engine inventories. F is also working on raising its EBIT margin to 6%. As a result, Ford may no longer obtain zero or negative profit from selling its vehicles. In Europe, expect F to concentrate on selling commercial vehicles, since that is one of its key strengths in the region.

Ford is making progress in other areas. For example, it has reduced its capital expenditures more quickly than it had expected.

Ford will heavily promote its Ranger pickup truck in Europe, as it has already had some success selling the vehicle there. The Kuga, which is a compact SUV, continues to be popular on the continent.

Since many Europeans like compact vehicles, the company’s Puma, a sub-compact SUV which will be launched soon, should resonate with European consumers. As far as cars, the company’s  Focus and Fiesta models are still generating strong sales.

Given that Explorer and Escape are the two highest selling SUVs for the company, it will develop electric, hybrid, and plug-in hybrid-power versions of those two models soon. A plug-in hybrid version of the Lincoln Aviator will also be offered in the near-term. Whether that version of the Aviator will do well remains to be seen. At a base price of $50,000, the premium vehicle could compete with similar vehicles that will be sold by BMW and Mercedes-Benz.

Ford committed to spending $11 billion over the next few years to develop electric vehicles.  Ford has an electric SUV on the way, and it’s slated to launch  a Mustang-inspired SUV next year. F is also developing an electric F150 pickup truck  that could resonate with construction workers.

Instead of having a battery generator on-site, construction workers could use their electric F150s to power their tools. In the next few years, Ford will benefit from increased sales of its  hybrid vehicles and its introduction of electric vehicles.

Ford’s upcoming EV launches in no way slow its commitment to hybrid offerings, which resonate well with its customers.

To manage its EVs properly, F must align its EV launches with demand. F should not rush an incomplete EV product to market.As more charging stations come online, demand for EVs may improve, boosting demand for Evs, including those of Ford

Despite partnering with Volkswagen (OTC:VWAGY), Ford is still developing its own EV solution. But the two companies are collaborating on autonomous-car development.

Valuation and the Bottom Line on Ford Stock Price Today

F is the second-largest producer of hybrid automobiles, but it is pivoting towards  total electrification and autonomous driving. Tesla (NASDAQ:TSLA) has already proven that there is demand for EVs. Now it is time for Ford to roll out its electric vehicles in order to accelerate the company’s growth. Using a 5-year DCF Revenue Exit model (per finbox.io), and assuming that Ford’s  top line rises by at least 2% annually, Ford stock price today should be around $12.

As of this writing,  the author owns shares of Ford stock.