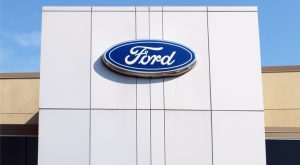 In a nutshell, Ford is losing market share to electric-vehicle players, in a shrinking auto market challenged by the sharing economy. Moreover, its margins are under pressure from rising costs and slowing growth. The net result has been profit erosion. Ford’s pre-tax profits in 2015 were north of $10 billion. In 2018, they were under $4.5 billion.

Thus, the multi-year downtrend in Ford stock and the weakness of Ford stock price today are easily explained by a lack of fundamental and financial strength over the past several years.

But, while things have been bad for Ford stock, they won’t be bad forever. Indeed, the fundamentals underlying Ford stock could dramatically improve over the next several years. If they do, profit growth will come back into the picture, and that should spark a reasonably large rally in Ford stock, enabling the shares to ruse meaningfully above the depressed levels of Ford stock price today.

The takeaway is that investors should buy Ford stock today because things are bound to get better for Ford.

The Fundamentals Have Been Awful

There’s no way to sugarcoat the outlook which has driven Ford stock price lower the past several years. In simple terms, its outlook has been very bad.

First, Ford is losing market share. There are a few things at play here. But the biggest thing is that competition from  electric vehicles is ramping, and Ford has failed to keep up with the competition. Thus, as electric cars have become more popular, Ford has lost market share.

Second, F is losing market share in a shrinking market. The auto market had been steadily expanding for several years. But, for the first time in several decades, car-ownership rates in the U.S. are shrinking. That’s because of the rise of the sharing economy and ride-sharing apps, which have lessened the need for urban residents to own a car. With that need down, car-ownership rates have dropped slightly, and the auto market’s steady growth has tapered off.

Third, Ford’s margins have been under pressure. The auto industry doesn’t have high profit margins, so any cost pressures are really felt on the bottom line. F has unfortunately encountered multiple cost pressures over the past several years, ranging from lower prices to capacity additions to rising technology costs. On top of slowed revenue growth, these cost pressures caused its profits to drop meaningfully.

Overall, then, the outlook of Ford stock over the past several years has become really bad. That’s why Ford stock price today is just $10. But the bull thesis on Ford stock here and now is centered around the idea that this outlook is in the early stages of reversing course.

There are multiple reasons to believe that the outlook of Ford stock – which has been depressed for the past five years – will improve in a meaningful way over the next five years.

First, on the market-share front, F is aggressively pivoting into  next-generation vehicles. This pivot is centered around developing 40 hybrid and electric vehicle models by 2022, the sum of which should help Ford hold its own in the electric-vehicle market. Further, Ford is a leading player in autonomous driving, and it just agreed to  partner with Volkswagen (OTC:VWAGY) on self-driving technology.

Second, when it comes to the overall auto market,the negative trend of the  sharing economy should be partially offset by low interest rates and reduced trade tensions. At the present moment, trade tensions between the U.S. and China are deescalating. The most likely outcome is a resolution of the dispute within the next few months. If such a resolution occurs, global auto demand will stabilize. Further, it looks like a Fed rate cut is on the way. Thus, for the foreseeable future, the U.S. economy will be defined by low borrowing costs, which is favorable for the auto market.

Third, on the margin front, F is launching multiple restructuring initiatives across its various international businesses, the sum of which should cut costs and turn those money-losing businesses into money-making ones. At the same time, the company is cutting the costs of its already profitable U.S. business, and those efforts should similarly improve its profit margins. As a result, Ford’s margins should start to trend higher from today’s depressed base.

The Bottom Line on F Stock

The fundamentals and outlook of Ford stock have been depressed for several years. That’s why F stock has dropped from $17 to $10 over the past five years. But current trends indicate that Ford’s fundamentals will improve over the next few years. As they do, Ford stock should rally meaningfully from the low levels of Ford stock price today.

As of this writing, Luke Lango was long F.