Chinese video-streaming service iQiyi (NASDAQ:IQ) is trading just under $19, perilously close to its March 2018 IPO price of $18. While IQ stock is still up 25% year-to-date, it’s lost  over 30% of its value in the last three months, as the U.S.-China trade war has intensified. 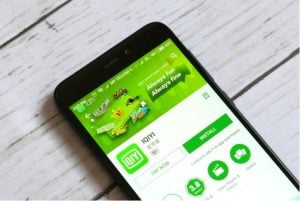 The instinctive reaction if you own IQ stock is to sell it and take profits, if you still have them

Another InvestorPlace columnist, Josh Enomoto recently recommended that investors stay away from IQ stock because IQ’s growth has slowed, its losses have accelerated, and the company is not producing high-quality content that’s universally appealing.

At the right price, IQ stock could be a good deal for aggressive investors who are able to handle lots of volatility.

I’m a big believer in the idea that stocks which have recently had IPOs can often be bought for less than the original price at which the shares were sold to the public. In the case of iQiyi, that’s $18. At the moment, it’s a dollar away from falling to its IPO price for the third time in 14 months. The first time was on the very first day of trading; the second occurred during the stock market’s December correction.

Given the volatility of IQ stock, I’m confident that it could fall below its IPO price  for a fourth and even a fifth time over the next ten months.

In March, I stated that if IQ stock were to go back into the teens, I’d certainly become bullish on iQiyi stock.

If the shares fall to around $15, I’d be very enthusiastic about ‘IQ stock. Here’s why.

IQ is an exciting company that’s got the potential to generate more than one profitable revenue stream, something that both Netflix and Roku haven’t done on a major scale. But as Enomoto suggested, IQ has to get Chinese consumers to open their wallets if it wants to become the Netflix or the Roku of China.

In the first quarter,, iQiyi’s memberships accounted for 49% of the company’s overall revenue; online advertising generated another 30%, and content distribution and other revenue accounted for the final 21% of its $979 million of quarterly revenue.

The bad news is that it lost $284 million, despite growing its revenue by 43% year over year. Worse still, its operating loss increased by 91% in Q1, more than double the growth of its sales.

Roku continues to generate operating losses on much smaller revenues than iQiyi, and Netflix’s operating income in 2012 was just $50 million on $3.6 billion of sales.

For iQiyi to reach its growth targets, it has to lose money.

The biggest concern that I have about IQ stock is that IQ’s dual-track revenue stream model appears to have slowed in Q1.

While its revenue from membership services grew 64% in Q1, its online advertising revenues were flat year-over-year, reducing the segment’s contribution to IQ’s overall revenue from 43% to 30%.

That last statistic is indicative of just how much the Chinese economy has slowed in recent months. Until the trade war gets settled, IQ’s dual-track revenue stream model is going to be facing a significant headwind.

The Bottom Line on IQ Stock

While I like iQiyi’s business model, only aggressive investors should be buying IQ stock at this point.

However, if you are an aggressive investor, I’d wait until iQiyi stock drops into the mid-teens before buying it. Over the long-term, you’ll be glad you did.