Why Micron (MU) Should Buy More Shares of MU Stock

I happened to draw the short straw when it comes to InvestorPlace’s assignments today. 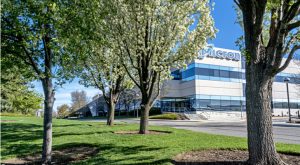 I’ve been asked to discuss Micron (NASDAQ:MU), one of the world’s largest manufacturers of DRAM and NAND memory chips. Between the American ban on U.S. companies selling to Huawei, the U.S./China trade war, and a global slowdown in demand for memory chips, MU stock has taken a real beating, as it has tumbled 40% over the past 52 weeks.

I would never pretend to be a technology expert. My expertise lies with retail and consumer goods companies, not businesses that make products that fit inside PCs and other types of computers.

That said, it’s essential for any regular investor to move outside his or her area of expertise from time to time. I’m doing that today by analyzing Micron stock.

The last time I wrote about Micron was September 2018. In that article, I argued that Micron ought to keep buying back MU stock. At the time, it was trading around $45. In the nine months since my article, Micron stock has been stuck between $35 and $45.

MU stock is cheaper than it was last September in terms of share price, which makes me wonder if Micron should keep buying back MU stock.

I’ve never been a fan of share repurchases. CEOs and CFOs aren’t very good at timing their buybacks, often buying their shares at 52-week highs rather than 52-week lows.

Back in 2012, I discussed how Henry Singleton used share repurchases to maximum effectiveness.

“Henry Singleton, founder of Teledyne — one of America’s most successful conglomerates — used share repurchases with military-like precision to grow his company,” I wrote in 2012. “When shares were expensive, he used shares to acquire companies; when they were cheap, he repurchased them. There was no middle ground for Singleton, and the strategy worked flawlessly.”

Micron itself has executed  repurchases of MU stock in an efficient manner. In fiscal 2017, I noted last September, Micron repurchased almost $1 billion of MU stock at an average price of $19.50, well below its $35 share price at the time.

In Q2, Micron repurchased 21 million shares at an average price of $33.43 a share, below its current share price. MU was buying during the December market correction. With MU stock up 7% year to date through June 19, it should have bought more shares.

The Bottom Line on MU Stock

As I said earlier, I am not an expert on semiconductor stocks.

InvestorPlace contributor Wayne Duggan recently argued that investors should keep buying Micron stock despite the bad news because the company is profitable,  expectations for it are low, and its shares are fairly valued.

As a result, I don’t see much of a problem with the company continuing to invest its free cash flow in its shares.

Furthermore, after reading Seeking Alpha contributor Robert Castellano’s June 19 article about Micron -(it’s an excellent piece of analysis; you can read it here ),I get the sense that Micron is down but not out when it comes to the semiconductor industry.

If MU stock heads below $30, Micron ought to back up the truck, because the company’s long-term potential makes Micron stock worth more than $30 a share.

3 Reasons to Tune Out of iQiyi Stock for Now