Even though Plug Power Inc. (NASDAQ: PLUG) stock failed to break out above $2.60 in the last few months, the shares are still well above the penny-stock status they had at the end of 2018.

Investors are oddly bullish on PLUG stock even though its first-quarter earnings and revenue missed analysts’ average estimates. But the market is a forward-looking machine. Investors expect PLUG stock to rise, driven by rising quarterly earnings and its EnergyOr acquisition.

PLUG stock could get a meaningful lift over the next few quarters, thanks to its latest acquisition. PLUG bought EnergyOr on June 11. The purchase will allow Plug Power to integrate EnergyOr’s small, ultra-lightweight fuel cell technology into its own ProGen engine solution.

EnergyOr describes itself as a leader in aerospace UAV (unmanned aerial vehicle) applications. In 2015, it became the first company to make a multi-rotor UAV powered by fuel-cell technology. Its fuel cell, Quadrotor, increased the duration of flights and allowed for fast fueling.

The EnergyOr-ProGen system will give customers lighter loads while offering longer battery life.   The new system could be used to power additional devices, including small robots, UAVs, and other autonomous applications.. As a result, sales of the ProGen engines could increase.

After the announcement of the deal, PLUG stock initially fell from $2.60 to nearly $2.00. But in the last few weeks, the market warned up to the transaction, causing PLUG stock price to rebound. The owners of PLUG stock now seem willing to wait for the company to grow into the e-mobility market.

Fundamentally, Plug Power should carry less risk after the deal because it will serve a broader market. The unit sales of its new UAV segment should rise. Conversely, its current business is declining and is not profitable, as the company’s  revenue fell 29.5% year-over-year in Q1.

In its Q1 report issued back in May, Plug reported disappointing billing growth. The company blamed the miss on the fact that it had received project financing six days after the end of the quarter, later than it had expected. The delay lowered PLUG’s Q1 revenue by about $10 million.  The rebound of PLUG stock price likely indicates that investors now  think the company recognized the revenue in Q2.

On a positive note, it shipped more GenDrive fuel cells in Q1, compared to the same quarter a year earlier.

For Q2, Plug expects billings of between $55 million to $60 million, representing a 100% sequential jump. For the year, it expects revenue of $235 million – $240 million, a positive EBITDA, and four major announcements related to Pro-Gen.

PLUG’s upcoming guidance is unlikely to lift PLUG stock price. The forecast the company issued already represents a growth rate of 30%. It has around 70 fueling sites but expects to add 20 – 25 this year. At that pace of growth, Plug Power should get to the EBITDA break-even rate within a few quarters.

On the fuel side of the business, the company’s gross margins deteriorated in Q1. Although PLUG continues to cut its costs by investing in equipment, its costs are not falling fast enough to offset its revenue declines. Even though its losses may mount, Plug issued an optimistic press release regarding its second-quarter outlook, predicting that its unit sales would reach record levels.

Plug predicted that it would deploy around 2,000 fuel cell units in Q2, due to an array of new customers and driven by customer incentive programs. This deployment volume would represent a 70% year-over-year jump. But the increase might not have produced positive cash flow, since management did not give any indication on its cost growth. But if PLUG’s revenue exceeded its operating costs, PLUG stock price may rally because markets are not expecting it to report positive Q2 cash flow.

The Bottom Line on PLUG Stock

Plug Power stock has fallen below its 52-week highs, but it’s already up a solid 135% from its 52-week lows. The profit-taking ahead of the earnings report on Aug. 7 is worrisome. Even an optimistic fair market value model suggests PLUG stock price could fall slightly. 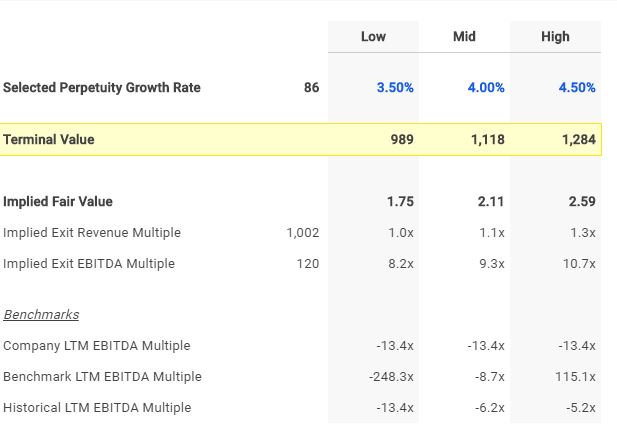 If the company’s top and bottom lines miss analysts’ average estimates,  PLUG stock will fall. Investors who want to speculate on PLUG stock should wait for its results first before buying the shares.

As of this writing, the author did not hold a position in any of the aforementioned securities.