Why Square (SQ) Stock Is Headed Higher Over the Long-Term 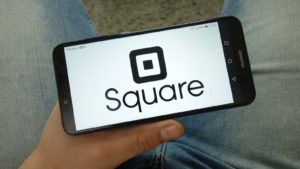 You would think that, given the run Square’s been on, Square stock would be trading at or near its all-time high. Nope. Not even close. SQ stock’s all-time high was set in October 2018, when it reached $101.15, around 25% above its current price almost ten months later.

While SQ faces headwinds and increased competition in the payments space, it is continually innovating, creating products that its customers need to compete.

According to Citi analyst Peter Christiansen, Square has created 32 new products and features so far this year, one of which, Square Card, its debit card, could go a long way to reigniting its growth.

As long as Square continues to innovate, I think SQ stock can test its all-time high, sometime later in 2019 or early 2020. Here’s why.

The launch of the Square Card in January has turned the heads of many of the analysts covering SQ stock. One of those analysts is Raymond James’ John Davis, who recently upgraded  Square stock from “underperform” to “market perform” based on its debit card, suggesting that the card could generate $100 million in additional revenue in 2020.

The Motley Fool’s Adam Levy points out that Square’s subscription and services revenue only generated $600 million in revenue in its latest fiscal year. That means the $100 million boost generated by Square Card would increase this revenue stream by 17%.

As a result, the rapid growth of its subscription and services-based revenue, helped by the Square Card, will meaningfully, positive impact its bottom line.

For merchants, the primary attraction of the Square Card is that it’s tied directly to  their point-of-sale devices, so their revenues is immediately available to pay for business expenses. In other words, they don’t  have to wait for the money to arrive in the bank to access it. That’s cash flow 101.

However, SQ also provides a 2.75% rebate to merchants who buy products with the card at any Square payment terminal.

The 2.75% rebate will definitely entice many merchants to use the debit card.

Merchants who use the card will be promoting SQ every time they make a purchase with it. You can’t buy that kind of goodwill.

Less than a year old, the Square Card is a winner.

Other Analysts Are Upbeat on SQ Stock

Another analyst who gave SQ stock the thumbs up was Stephan Biggar of Argus Research. Biggar initiated coverage of Square stock on July 8 with a “buy” rating and a $94 target price.

Analysts tend to be very conservative with their price targets, especially when they first initiate coverage of a stock. I wouldn’t be surprised to see Biggar raise his price target in 2020 on more good news from Square’s debit card.

The Bottom Line on SQ Stock

In April 2018, I compared Square stock to Twitter (NYSE:TWTR). I wondered which was the better buy.

I concluded that because SQ solves more problems than Twitter does, it was the better stock to buy. Nearly a year and a half  later, I still feel that way.

I believe that Square stock is one of the names that should be bought  and thrown in a drawer. In ten years, investors will be amazed by its business.

Innovation will continue to drive SQ stock higher. It’s a buy, despite its significant gains in 2019.