Why the Big Rally in Qualcomm Stock Isn’t Over Yet


Shares of Qualcomm (NASDAQ:QCOM) have been red-hot ever since the chip giant negotiated a critical settlement with iPhone-maker Apple (NASDAQ:AAPL). Long story short, the two had been embroiled in expensive litigation for several years. The pressure weighed heavily on the numbers and investor sentiment of Qualcomm stock. 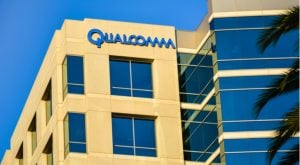 However, almost everyone thought Apple was going to just walk away. They didn’t. Instead, they waved the white flag, and came running back to QCOM for their 5G technology. Subsequently, Qualcomm walked away a huge winner with a massive settlement payment and a multi-year supply agreement.

QCOM stock soared in response. Ever since that settlement — which happened in mid-April — shares are up more than 50%.

Unfortunately, the surprising post-settlement rally in Qualcomm stock got a gut check in early May. That was when the technology firm reported second-quarter numbers. The report was mixed. Although Q2 sales topped expectations, and Q3 revenues were in line with estimates, Q3 profits slipped below estimates. Meanwhile, margins are guided to improve meaningfully, while continued economic headwinds are expected to weigh on phone shipments for the rest of 2019.

Here’s my concern: a mixed quarter against the backdrop of a stock that has rallied 50% into the print typically sparks a panic.

Not so with QCOM stock. Instead, shares of Qualcomm rose in response to the ho-hum results. Why? Because this quarter and next quarter are largely meaningless. The bigger picture is that the future will be a lot better than the past. This sort of broad-trajectory ramp should keep Qualcomm stock on a winning path for the foreseeable future.

The main takeaway? Stick with the rally. The future here is bright.

Despite the somewhat mediocre quarter, Wall Street analysts loudly sounded the bull horn on QCOM stock. They upgraded the equity alongside huge price-target hikes. Notably, Bank of America Merrill Lynch upgraded from “neutral” to “buy” with a $105 price target. Also, Raymond James boosted shares to “strong buy” with a $115 estimate.

Why the bullish analyst action despite mixed numbers? Because they’re reflecting past data. You don’t buy stocks through the rear-view mirror. You buy them for the future. And Qualcomm management did enough on the earnings call to get investors excited about what’s coming ahead.

On the settlement front, Apple has long been one of Qualcomm’s most important and valuable customers. Apple revenues have been missing for the past several quarters amid the escalating feud between the two tech giants. Now, all those revenues are coming back online, in addition to a $4.6 billion payment for missed royalties. Naturally, that creates a foundation for healthy growth over the next several years.

Regarding 5G, it’s important to note that Apple does not like Qualcomm. But because Qualcomm was essentially the only player who could get a 5G iPhone to market in a timely manner, Apple swallowed its pride. This speaks to Qualcomm’s advantage and lead in the 5G market. This translates to huge growth as the 5G boom plays out over the next few quarters and years.

Overall, then, the future is bright for Qualcomm stock, and that’s why it will remain in rally mode.

In the near term, QCOM stock has more upside left, based on improving long-term growth fundamentals.

Generally, the consensus is for renewed Apple revenues to add about $2 in incremental earnings per share back into the picture. That essentially puts fiscal 2020 EPS around $6. Thereafter, the 5G boom coupled with continued Apple revenue should propel healthy growth. How healthy? Global semiconductor sales should move about 1%-2% higher per year over the next several years. Qualcomm should gain share in that market given aforementioned tailwinds. As such, mid-single digit revenue growth post-2020 seems achievable.

In sum, Qualcomm could reasonably do about $8 to $9 in EPS by fiscal 2025. Based on a semiconductor average 16-forward multiple, that implies a reasonable fiscal 2024 price target for QCOM stock of nearly $136 at the midpoint. Discounted back by 7% per year (three points below 10% to account for the yield), that equates to a fiscal 2019 price target of just over $95.

Qualcomm stock has been red hot ever since the Apple settlement, and for good reason. The semiconductor firm has created a foundation for healthy revenue and profit growth over the next several years. That growth will ultimately lead to higher prices for QCOM shares.

As of this writing, Luke Lango was long QCOM and AAPL.

INVESTIGATION ALERT: The Schall Law Firm Announces it is Investigating Claims Against CPI Aerostructures, Inc. and Encourages Investors with Losses to Contact the Firm