Why the Outlook of Uber (UBER) Stock Is Positive

Every newly public stock must go through what is called a “quiet period,” during which Wall Street analysts must not say anything about the stock, to avoid premature price manipulation and protect early  investors. For Uber (NYSE:UBER) stock, this quiet period just ended, meaning that for the first time ever, Wall Street can finally voice its opinion on Uber stock. 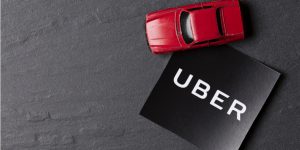 Wall Street is telling investors to buy Uber stock and hold it for the long-run.

According to data from Bloomberg, there are now 26 ratings by Wall Street analysts on Uber stock. Over 80% of those  are “buy” ratings. There are only six “hold” ratings, and zero “sell” ratings. The average price target on Uber is $54. That’s 20% higher than today’s price tag.

In other words, Wall Street is very bullish on Uber in the wake of Uber IPO. Not only do Wall Street analysts think the stock is a strong buy, but they also think it can rally 20% over the next twelve months.

They’re right. Uber is growing rapidly and is in the first few innings of its growth. Over the next several years, its revenues will march higher, its high losses will turn into big profits, and Uber stock will more than grow into its high valuation.

All in all, I’d follow the analysts on this one. The recent weakness of Uber stock is overdone. Over the long-term, this stock is going way higher.

Why Wall Street Is Bullish

Pretty much everyone on Wall Street is bullish on Uber.

Broadly, then, pretty much every Wall Street analyst likes Uber stock, and they all think that the stock can and will rally above $50 over the next twelve months.

Uber dominates the ride-sharing and online-food-delivery markets. Both of those markets are under-penetrated domestically and globally, and are positioned for robust growth over the next several years, thanks to the rapid growth of the “sharing” economy.

Uber has liquidity, size, reach, and technology advantages over its competitors, and those advantages should enable the company to maintain its market leadership position for the foreseeable future. Those advantages will also enable Uber to successfully dive into tangential growth markets like Freight.

Its core ride-sharing business is already profitable, and will become more profitable over time and as it grows. Uber’s other businesses will undergo a similar process.

Uber  is positioned for huge revenue growth over the next several years. All that revenue growth  will help reduce its spending as a percentage of its revenue, and eventually produce enormous profits. The value of those profits is presently being underestimated by the market, so investors should buy Uber stock.

Why Wall Street Is Right

Wall Street is spot on when it comes to Uber stock. There are really four important aspects related to Uber:

The Bottom Line on Uber Stock

The Uber IPO was rough, and not all Uber news over the last six months has been upbeat. But don’t think that just because the Uber IPO was rough, Uber will not be a good stock. Wall Street is telling investors to buy this stock because it’s a long-term winner and Uber news will eventually be quite positive. They are right. This company is in the first inning of long-term growth which will, over the course of the next several years, push Uber stock materially higher.

As of this writing, Luke Lango was long UBER.

Oregon has produced more weed than it knows what to do with – 1 million pounds more, to be exact