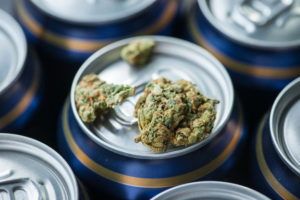 When Waterloo Brewing started laying the groundwork to enter the cannabis-infused beverage market, it touted a potential beverage segment in Canada worth upwards of 1.5 billion Canadian dollars ($1.07 billion).

Now, more than two years later, one of Canada’s most successful craft brewers is shelving the plans.

“When we got to the spot where we said, ‘Let’s make sure the business case works over an extended period of time,’ it actually didn’t. The money wasn’t there,” CEO George Croft told Marijuana Business Daily.

Ontario-based Waterloo Brewing halted its cannabis plans after concluding “the size of the prize” did not warrant the investment.

That is in contrast to many cannabis companies – especially large ones such as Aurora Cannabis and Canopy Growth – which typically utilize the “Field of Dreams” strategy of building to scale first and identifying target customers and core competencies later.

Croft told MJBizDaily the decision had nothing to do with the COVID-19 pandemic sweeping the globe.

While the beverage category holds promise, it remains a largely unproven niche.

A recent report from CIBC Capital Markets, a division of the Canadian Imperial Bank of Commerce, said beverages “are among the fastest-growing categories over the past two months.”

But the report noted that beverages represented only 1%-2% of sales in mature U.S. markets.

Below are five takeaways for cannabis businesses, based on Croft’s decision.

Croft said Waterloo Brewing is sticking to its core competencies and never had interest in extraction or growing cannabis.

He said the company had some level of conversation with a half-dozen of the top 10 marijuana producers in Canada.

“We were successful in finding a partner,” Croft said. “The business model we were looking for was as simple as this: We did not want to get into this business with owner brands.

“We thought the opportunity for us was really around co-pack production. Our expertise rests in blending and making great liquids.

“So that’s the part of the equation we were able to check off. The part that we couldn’t check off, unfortunately, was no real business case after the fact. No clarity on what was the right pack format. Bottles, cans, size of bottle, size of cans?”

He also concluded that the route to market, particularly in Ontario, was restrictive.

“That’s where we think we add value to the equation. I still believe that’s correct.”

Fairly assessing opportunities is essential, especially in an industry such as cannabis where opportunities in new product categories and niche markets abound.

Croft said one of the challenges was the lack of historic data on this product category, making it harder to pinpoint demand and make revenue projections.

“You have to take the best data available and, based on that data, formulate an assessment on what the opportunity looks like,” he said.

Waterloo Brewing was looking for one deal with one supplier to minimize complexity.

The CEO said those talks ran the gamut.

“Some of them were quick conversations, because some certainly decided early on that it was best for them to invest in the operating capital to be able to do the entire thing from start to finish,” he said.

“I can tell you that I was surprised at the number of LPs – and we’re talking big ones – that actually underestimated the complexity of producing and packaging liquid infused drinks. They undervalued having that competency. They thought they could just go buy it.

“I guess we’ll all see if that plays out over time if that was a wise choice in terms of the amount of capital that they’ve had to invest and the return on that capital and, frankly, the complexity associated with doing that.”

Waterloo Brewing will continue to examine opportunities in the cannabis space.

“One of the things that we do on a regular basis is we continue to make sure that we reassess the opportunity. We will do that with liquid-infused cannabis,” Croft said.

“But certainly the business case didn’t make sense, and I think you’re starting to see some of that in the operating results of some of these cannabis companies.”

He believes that, over time, the cannabis-infused liquid business is going to normalize.

“What would potentially have us revisit the opportunity? The size of the opportunity,” Croft said. “It becomes an established market. And there is a distinct route to market.

“The other thing that would help make us interested again would be if the government did take out some of their complexity. If they got rid of the restriction that said you’ve got to have separate packaging equipment for THC.”

Staying disciplined while assessing an opportunity is key for any executive.

“This is what I would be saying to LPs: ‘You’ll get lots of people that will try it, but from my experience in beverage alcohol, if it doesn’t taste great, forget it. They’re not coming back again.’ That would be the part of the equation that’s critically important,” Croft said.

Shares of Waterloo Brewing are traded on the Toronto Stock Exchange as WBR.