Why Uber (UBER) Stock May Have Stagnated Since Uber IPO

The performance of Uber (NYSE:UBER) stock has come as a surprise to many. The transformational potential of Uber, along with the $74 billion market cap of Uber stock, have placed this equity on many watchlists. However, with Uber stock not moving too much lately, many wonder how it will perform over the long-term. Although Uber will change transportation as we know it, fear and uncertainty could undermine the potential of Uber stock. 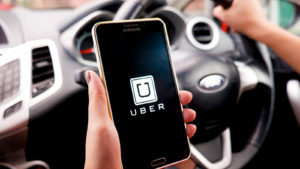 Though Uber IPO was the largest IPO of 2019 so far, one might wonder whether Uber has also become the most lackluster newly minted stock. More than two months after the Uber IPO, the equity trades at about 2% below its IPO price. It has outperformed Lyft (NASDAQ:LYFT), which has fallen more significantly. However, Uber stock has not yet lived up to its hype.

Uber (So Far) Is Following in Netflix’s footsteps

As I mentioned in a previous article, Uber has followed Netflix’s (NASDAQ:NFLX) model. What I mean by that is that Netflix’s goal from the beginning was to build a streaming-media business. That technology had not yet become available at the time of Netflix’s founding, so when NFLX started, it focused on mail-order DVDs instead.

Likewise, Uber’s ultimate goal is to transport people and goods using driverless cars. But since such vehicles have not become widely available yet, Uber is using human drivers.

From a marketing perspective,Uber has been successful. About 3.9 million drivers in 65 countries complete around 14 million trips per day for Uber. Also, as InvestorPlace columnist Nicolas Chahine mentioned, “Uber” has become such a household name that many now use the company’s name as a verb. While the ubiquity of a company’s name can hurt it if it’s taken too far (as was the case for a moving-stairs manufacturer called Escalator), it does suggest the company is successful.

However, with Uber’s current model, the cost of human labor has made it nearly impossible  for the company to earn a profit. Consequently, until more autonomous vehicle are on the road, I find it hard to be bullish on Uber stock.

Additionally, the owners of Uber stock should not assume that Uber will have as easy of a time with driverless cars as NFLX did with streaming video. When Netflix moved its customers from DVDs to streaming media, it did not deal with any life-and death matters. But driverless cars can be deadly, so Uber will face more difficulty convincing people to use them.

Given the safety issues facing driverless cars, Uber could be burdened with high insurance costs and multimillion lawsuits . As a result, Uber stock may not attain the premium valuations reached by Netflix and  Amazon (NASDAQ:AMZN).

Though these issues aren’t discussed much in Uber news stories, the valuation of Uber stock may already reflect these concern. Uber stock trades at a trailing price-sales ratio of 6.4. That lags Netflix, which has a trailing PS ratio of about 9.7.

Most would call Uber stock “overvalued.” though not as much as some stocks. However, given the potential headwinds facing the company, I think the owners of Uber stock will face a rough ride as the company works to sell driverless ride-sharing to the public.

The Bottom Line on Uber Stock

The high level of fear and uncertainty associated with the ride-sharing business could hold down the growth of Uber. As I mentioned previously, Uber has followed Netflix’s business model. Specifically, like NFLC, Uber  hopes to eventually profit from a major technological advancement .

Autonomous cars look poised to hit the roads soon. However, unlike streaming, driverless cars can be deadly. Selling much of the public on autonomous vehicles could prove to be difficult. Moreover, the  liability issues and lawsuits that will likely be created by driverless cars will probably become a continuous threat to Uber stock.

Given the unprecedented level of fear and uncertainty that are going to plague the ride-sharing business, I do not recommend buying Uber stock.