With This Merger Likely to Drag on, Sprint Stock Is Way Too Speculative

Since early 2017, Sprint (NYSE:S) stock has been on a downward trajectory. The price has gone from $9.25 to $6.90. But recently, the Sprint stock price has gotten a lift. Apparently, the prospects look more promising that its $26 billion merger with rival T-Mobile (NASDAQ:TMUS) will get done. 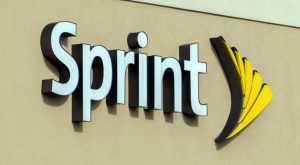 Keep in mind that the Chairman of the Federal Communications Commission, Ajit Pai, has recently indicated his support. This was then backed up from FCC Commissioner Brendan Carr. For approval, there needs to be three votes.

All this has come after Sprint and T-Mobile have agreed to some important concessions, which include the following:

Sprint and the DOJ

While the approval of the FTC would be very good news for Sprint stock, and it does look likely, there is another hurdle. The Department of Justice will also need to approve the deal and this may prove to be much tougher. There are already indications that the DOJ is skeptical about the deal, as it could lead to higher prices.

It’s important to note that the FTC and DOJ have different roles when it comes to dealing with mergers. For the FTC, it has the authority to look beyond market impacts, such as how the transaction could lead to higher quality offerings or broader access. The DOJ, on the other hand, is more focused on the adverse impact on consumers.  For the most part, it’s about classic antitrust analysis.

With the merger of TMUS and Sprint, there will only be three key wireless players remaining in the US, which will include Verizon (NYSE:VZ) and AT&T (NYSE:T). This reduced competition could easily lead to higher prices and fees as well as less innovation. For example, back in 2011 the DOJ blocked AT&T’s attempted acquisition of T-Mobile because of concerns of lower competition in the U.S. market.

The final determination of the TMUS-S merger should come soon – say within a month or so. But it does look like a toss-up. The fact is that investing based on regulatory outcomes can be dicey, especially for highly concentrated industries.

The problem for Sprint stock is that the company really needs this deal to happen. It has a massive debt load of to $35.36 billion; the market share is a lowly No. 4, and there will likely be a need to raise substantial amounts of capital for the 5G buildout.

As for the merger, the potential upside is about $8 for Sprint stock or a 16% increase from current levels (this is based on the stock-for-stock exchange ratio of .01056). This is fairly decent but really does not seem like enough to account for the risks that the deal will implode.

Now it’s true that there still may ultimately be a deal, say with a company like Amazon.com (NASDAQ:AMZN) or Alphabet (NASDAQ:GOOGL, NASDAQ:GOOG). But these companies would probably be more interested in the spectrum assets – not other parts of the business. And this would not lead to much of a boost in the valuation.

In other words, it’s probably best to stay away from Sprint stock for now.

Tom Taulli is the author of High-Profit IPO Strategies, All About Commodities and All About Short Selling. Follow him on Twitter at @ttaulli. As of this writing, he did not hold a position in any of the aforementioned securities.